Know which type of washing machine might work best for you.

Probably the most popular type of machine in the world. OPther industrial front loading machnes, the household front loader has a larger capacity that it's rivals. The design allows it to be easilt slotted under a worktop, or can be stacked below a tuble dryer in a laundry cupboard. Both options allowing easy access to the door and controls. This design tends to use less water than other other machines due to it's unique wash cycle. Compact versions of this design come as an integrated appliance in modern kitchens. One sligh drwaback for this model is that it can vibrate from sie to side when spinnin gdue to it's off centre of gravity. 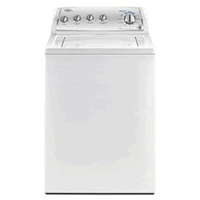 Some might say the top loader is quite old fashioned, which may be tru in looks, but not so much in function. A top loader tends to be narrower and generally smaller than the front loader, which could be useful, but maybe a little fiddly fitting one into a modern kitched with standard sized gaps. Some might find the top loader easier to use, not having to crouch in front of the machine to open it. They are generally quieter than fron loaders. Some top loaders have 2 cyliders, one for wshing, the other for spinning, hence the name twin tub. 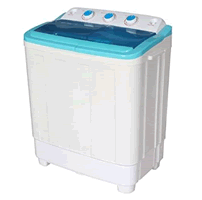 A littl ebit odd looking, the table top washing machine is both versatile and sometimes very portable. If room is at a premium, the table top may be for you. These little machines are relatively cheap and used for much smaller loads than other machines. They could be used in caravans or boats, and often are. These are generally less powerful than their bigger brothers. 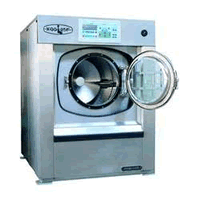 Used in laundrettes's, factories and by equestrians, the industrial washing machine is huge. The monsters also cost a fortune.